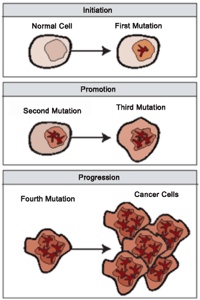 Cancer is the uncontrolled growth of abnormal cells in the body. Cancerous cells are also called malignant cells. It is one of the most dreaded disease human race is fighting. Most often due to the lack of proper knowledge and guidance the people suffering from cancer goes to the wrong doctors by just looking at the fancy degrees and fancy equipments. And end up loosing their health, wealth and many organs in the name of useless surgery.

The Surgery or chemo or radiation is just to suppress the spread and after some time it reoccurs and spreads much faster.

Few people do go for surgery and get their body parts removed then they get the cancer at some other place and the cancer is renamed according to the place of occurrence.

Cancer simply means there is problem with the lymphatic system and that needs to be taken care of. The lymph nodes are like the drains of the body which helps move the waste of the body and it gets affected the most in any cancer patient. By giving the radiation or chemo or surgery, the doctors also destroy the lymph nodes. so what will happen? The waste will not get out of the body and definitely cancer will reoccur at some other place. You can read more about the lymphatic system here.
Lymphatic System
But the good thing is that nature has given many herbs whose proper dose under the guidance of an experienced practitioner can dissolve the cancer and clean the body so that the cancer doesn't reoccurs.

See some of the results yourself. 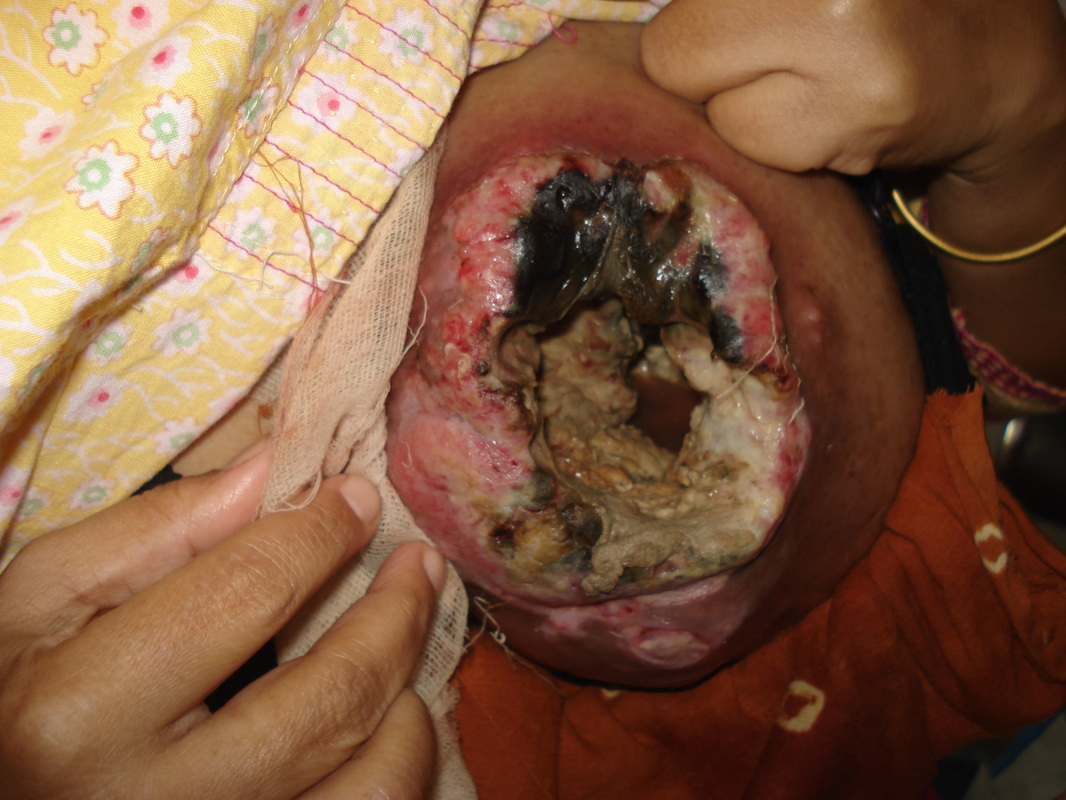 Her left breast full with pus and liquid oozing out of it. The smell was so bad that i was about to vomit. Her breast was as hard as a coconut and no sensation at all.

She was diagnosed with breast cancer some 2 years ago and her reports clearly mentioned it. Read the full case history here.
Mrs. J, F 43, Hyderabad, Andhra Pradesh, India

This lady came to us to get rid of her breast cancer. She was suffering from the last 2 years. When she came to us, she had a lump of 2 inches in her right breast and pus oozing out of the breast with foul smell. Her appetite was very less and had other digestive issues.

This 55 year old female from Telangana, India, came to us. She had her right breast removed. After the surgery, the lumps started coming again. She again went under the knife. After few weeks, the lumps again started coming, then she underwent 12 cycles of chemo. She was not able to tolerate more. She wasn't able to eat anything. Her appetite was very poor. Her hemoglobin very low. She looked fragile. She wasn't able to speak. At this point of time, she came to meet us with the support of her family members.
After 3 months of treatment with herbal medicines, she is full of energy. Her appetite has improved, hemoglobin also improved. Some of the hard lumps which were there in the other breast even after the chemo, has disappeared. One hard lump which was there under the arm has also become very small in size. There is no pain. She is able to do all the household work. She is able to exercise.
And the best part, the smile has returned on her face.
M Mallick, 45 F, Hyderabad, India
She was having lump in both the breast for the last 6 years. since last 2 months she felt increase in the size of the lump.
Mammography revealed benign lesion left breast - M2. Benign calcification in upper and outer quadrant of right breast.
Ultrasound of the breast revealed she had multiple cyst in both breast. Thick walled cyst measuring 2.6 X 1.3 cms at 12'O clock position in right breast. Infected cyst right breast.

In 2 months time, the infection was gone and her lump disappeared.
A P, 63 F, Hyderabad, India
She was having a lump in her left breast with calcification,cyst on the breast and a prominent duct of 3mm (duct ectasia) with internal debris in lower outer breast at 3 - 4 O'clock position. The mammography said BIRADS - 3.
The lump size reduced considerably and it become soft in just 3 months time.

This 55 years old cancer patient was operated for his Rectal cancer and a permanent colostomy bag was attached to him but his cancer occurred just after 4 years and spread to the urinary bladder, prostate, seminal vesicles and other areas. See how the herbal medicines helped him when he was ditched by the everyone else.
Kumar, M 55, Hyderabad, Andhra Pradesh, India

This 28 kgs, 72 years old gentleman was suffering from lung cancer for the last 14 years and his 1 lung was completely damaged and 2nd one was half damaged. Every one has lost hope and was bedridden for most of the time for the last 10 years. See how in just 25 days after using our herbal medicines he was able to go to the bathroom on his own for the first time in 10 years.
Mr. R. , M 72, Hyderabad, Andhra Pradesh, India

This 37 years old female mouth cancer patient came to meet us from Solapur, Maharastra India. She had undergone commando operation on the left cheek and has undergone several cycles of Chemo and Radiation in a very famous cancer hospital. But her condition become worse and was ditched by everyone and then she came to us.

After 8 months of herbal treatment from Natural Care, now she is living a normal healthy life free of any medicines.